As I was driving along NKVE today, and after reading so many comments in the blogosphere on this animal in Government called PEMANDU, Prime Minister’s Department, I made up my mind that it is time for "A Piece of My Mind".

I will start by saying this. The recent “anonymous emails” on PEMANDU that were sent to and published by my fellow brothers and elite bloggers – Rockybru, Outsyed The Box, Another Brick In Wall and others – are indeed perception manipulation and deceptive. There are a lot of misinformation that are being thrown around and as a fellow concerned Malaysian, I would have done the same and published those information/mysteries of PEMANDU as my fellow brothers did if the emails were sent to my inbox.


For those who are watching this wrestling match, you may call it a war game in the run up to UMNO elections between aspiring candidates, you can speculate that it is an all out Rest of The Government vs PEMANDU. Be my guest, and let your imaginations go wild!

Let's list down the many comments that have been going around on PEMANDU:

I will spend a little bit of time on PEMANDU. It is an interesting topic and I don't want to be left out of this 'roundtable'. 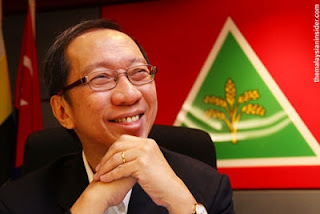 (Picture from The Malaysian Insider)

For those who don’t know, let me walk you through the birth, the roles and responsiblities of this animal called PEMANDU. You will know why I call them animal later.

Back in 2009, PEMANDU was formed by the Prime Minister and placed under the stewardship of Idris Jala with none other than a team of 10 people (or less, I was told). Who are we to kid? The Government wanted a transformation programme and what can a team of 10 do? So yes, PEMANDU roped in some experts from the consultancy world to deliver the Government Transformation Programme (GTP). There were 6 National Key RESULT Areas under this GTP Roadmap (social side with full involvement by Government). They include Crime, Corruption, Urban Public Transport, Low Income Household etc.

Now, please give me your best shot, how do you think the roadmap was done? Please don’t tell me you thought Idris Jala, the man who was once CEO of Shell and MAS, called the consultants in and tell them “hey guys, you have 10 weeks to come back to me with the report. In the meantime, let's keep in touch”.

In 2010, PEMANDU began to expand to a family of what .... 30? There was a mandate given to develop the Economic Transformation Programme with 12 National Key ECONOMIC Areas (it is not easy to separate this from GTP’s 6 National Key Result Areas lah). With PEMANDU’s strength, the participation of consultants were down to 50% only.

Again, how do you think the roadmap was developed?

For those who have been following PEMANDU closely, PEMANDU’s methodology is different when compared to the consultants. PEMANDU’s conscience and line of thoughts were clear too –  to do national service and transform the doing ie build, operate, transfer.

Instead of the usual “hey McKinsey, here’s RM1 mil, give me the report next month”, PEMANDU invited thousands of industry experts, academicians and here’s the best part – senior civil servants – to be part of the 2-3 months lab.

Both the GTP and ETP Roadmaps were selected and developed by EVERYONE (yes private sector, senior civil servants, etc). Bukan PEMANDU seorang. Betul la. This Chinaman is not lying. Ini dia gambar. 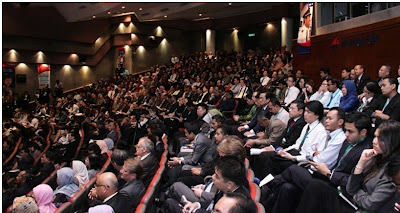 The GTP and ETP roadmaps were developed over a couple of months and ended with something that caused the civil service to be uneasy. Unlike all the strategies and plans developed by Government before, these two roadmaps ended with:

Everyone smiled and went home happily after a labourious 2 months, thinking that the storm is over.

Immediately after, PEMANDU came smiling to every Ministry’s doors. “Datuk Seri and fellow colleagues of Ministry X, good evening, as agreed in the lab, here is your KPI. We will publish your results publicly, and it will be compared with your peers in other Ministries. We shall meet monthly to track the performances and troubleshoot issues. Congratulations and have a good year ahead”.

All those with action items and KPIs are made to sit in a Steering Committee monthly to report to the Minister in front of 50 other committee members TILL TODAY, you know? Imagine this: “Boss, I am tasked to sweep 10 streets. But I have done only 1 for the past 6 months”. If this continues on monthly, that chap will feel that his seat is not just the hot seat, but it is about to swallow him up.

Things become more and more "exciting" when for the first time in the history of Government of Malaysia, Ministers have their own report card, they get ranked, and PEMANDU publishes the KPI of every Ministry, the “highlights, lowlights and moving forward” of every project in a consolidated Annual Report after going through an independent performance evaluation by the International Panel of Reviewers.

.... then it is ok. That's your choice and you can continue to ignore.

That’s the boring part. How much is PEMANDU’s operating expenditure then?

I did a quick check on PEMANDU Operating Budget.

Budget allocations to all Ministries and Federal agencies are listed in the MOF Annual Financial Reports. Here’s the link: http://www.treasury.gov.my/index.php?option=com_content&view=category&id=88&Itemid=208&lang=my


I am not sure if I missed out any. Anyone wants to double check?


By the way, for those who have been to PEMANDU, you will know that PEMANDU is a stingy unit. Their working level meetings do not serve coffee or tea. All you get is a chair and a table. (this is something Ministries and agencies need to learn lah).

What people do not know, or refused to understand, is that PEMANDU staff are from various backgrounds. Melayu ada (who are the majority by the way), Kelabit ada, Cina ada, Iban ada, gemuk ada, kurus ada, tinggi ada, pak cik ada, mak cik pun ada. In fact, there are MANY civil servants in PEMANDU – seconded from EPU, from MOF, from MOH, from MITI etc. I believe it is a badge of honor for everyone there to be called consultants now instead of civil servants by the blogosphere now. They got a new job description now, congratulations!

Now, no prizes for you to guess why PEMANDU is being gunned down and by who. I will sign off by saying this – let’s find out how much has been spent on consultants by Ministries and Federal agencies (besides your favourite target PEMANDU) over the years. Surely, the consulting firms will not setup Public Consulting Units if they are not confident that there will be steady revenue streams...

Well done bro. Too much ridiculous nonsense being spouted out there.

After more than 2 years if hiatus, the GWL Manifesto is back!

So is ALL the report below true or lies?
Well here is the report from Malaysiakini :

Boleh caya ke ni Mr Goh? You write all this got Dato Seri's consent or not?? Susah you nanti

Okay quite good explanation but where's the animal?

According To Me said...

Yeah keep talking dude as if we dont know

It was enlightening to read your article. Witty too. Write more bro.

Due credit to Rocky's Bru though for publicising your article. The man at least tries to balance things up.

There is so much Confusion in the whole system, even with the good old Vision and Mission etc;...I see that the City of Petaling Jaya has the Mission on top of the Vision!
Lots and lots of paper work is being generated at all levels...hos[ital Specialists taking home their lap tops to score their KPIs,KRAs etc;
For a start How Many people in the System have really Unde3rstood what this whole thing is about?
For a start they should buy in bulk copies of the book 'The Only Thing That Matters' by Karl Albrecht and make sure that Everyone of the Con-sultants have read and Understood the whole Concept!

Those bloggers are resourceful. In due time, they can strip you naked.

Goh - please check your facts again - many are not right or rather wrong or misinformed.