It is Thursday night now and that means we are 24 hours away from the weekend that we always look forward to. So, let me keep the cannons in the warehouse and bring out the balloons. Just for laughs and just today.

At around 10.30am this morning, I was sipping Dutch Lady Full Cream milk. Really, that's what I do almost every morning. A packet of milk a day, keeps Dr Ong away. But clearly, that's not working and I must get a new medical doctor.

The drama came when my phone buzzed. I received a new tweet mention. It was from "The Special One".

The Special One held a press conference and issued a press statement just to respond to my blog article that was picked up by Malaysiakini - YB Ong Kian Ming nakal. I was so touched YB.

Let me give you an analogy why. To me, it was like Spain having a press conference just to beat the drums to counter Timor Leste coach's words that in the upcoming friendly, Timor Leste will beat Spain 3-0. Of course, you are Spain - Member of Parliament, I'm Timor Leste - orang biasa. 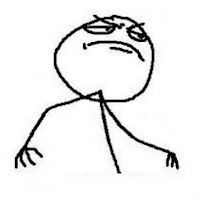 A Member of Parliament held a press conference and issued press statement on my blog post that is not even endorsed or supported by the Maintenance Executive or Cleanliness Specialist in Prime Minister's Department.

Maybe I am the Special One to you YB. If you are not doing anything on Feb 14 next year, please call me. Chocolates are ok with me, no kisses please. Save that for someone else. 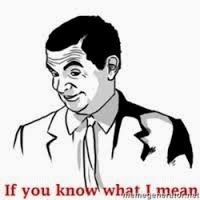 You won't call for a Press Conference to talk about this, right? But come to think of it, the probability is not zero. Some interesting words from a CNN anchorwoman recently that I heard on TV during the US Government shutdown: we are on day 9 of shutdown, hoping for a miracle and as we know with politicians, there will always be miracles.

Back to the press release. Here's the first paragraph:

In a comment piece in Malaysiakini yesterday[1], Mr Goh Wei Liang, a senior analyst at PEMANDU’s communications team under the Economic Transformation Program (ETP) tried to justify the high pay that the directors at PEMANDU were receiving.

The first paragraph itself was ... 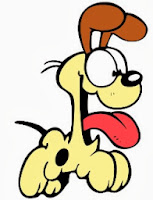 A Malaysian Member of Parliament has just given me a new job scope and job title! According to the MP, I am now with the PEMANDU Communications Team and I am a Senior Analyst. I must call PEMANDU tomorrow morning and see what's my job scope in the Communications Team. Some of my contacts texted and called to check on why did I leave whatever I was doing to join Communications. But okay lah, at least this chap below congratulated me and said talk to you soon: 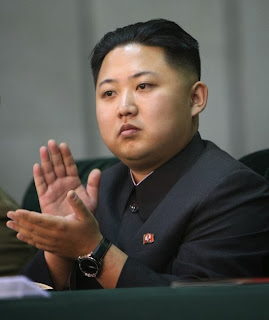 Anyway, the Special One has been going on and on about salaries. First, he said contract staff in Government agencies earn more than the Chief Secretary or their peers with the same rank in civil service. Then, when it was explained that it was similar or comparable with the difference being length of employment, the story shifted to "hey, be open and transparent about how much your staff are being paid!".

For those of you who have been trying to figure out PEMANDU staff salaries and have been losing sleep at night, let me end your 'misery'. Here's something that I found on Google using the key words "recruitment pemandu analyst". 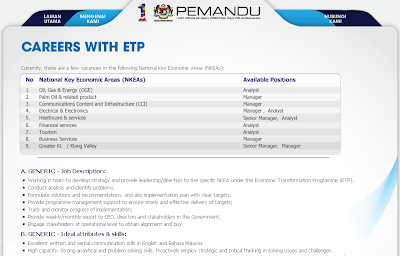 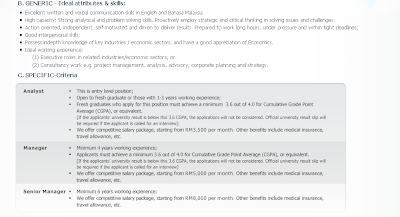 You do the math on others.

Before I sign out, let me tell you this. Most of the folks I know in PEMANDU were Managing Partners, Regional Directors, Senior Vice Presidents of MNCs, GLCs, consulting firm, etc.

I am sure those in Government agree with me that they are better off playing marbles in Serdang. Or getting a job in REFSA.

NOTE: This blog post is the personal opinion of GWL and does not represent the views of anyone in the Government of Malaysia, including the maintenance guy.
Posted by Goh Wei Liang at 8:36 PM 2 comments:

I refer to the Press Statement by MP Serdang YB Dr Ong Kian Ming yesterday - The Prime Minister should walk the talk by cutting expenditure in the Prime Minister’s Department and by not creating new, expensive agencies

The exception here is Senator Idris Jala who is the CEO of PEMANDU but is paid the same salary as a Minister given that he is a Minister in the Prime Minister’s Department.


This created a big hoo-haa on Twitter Jaya. I didn't know as I was busy in office until I saw my brother Rockybru's tweet to me

Little birds sent me an extract from Hansard (layman's term: this is the Parliament's parrot in text form)


When I saw that, I told myself - ini MP Serdang / PEMANDU mungkin tipu kita.

I definitely don't have a PhD but I do have Google. So that's what I did. I found out that JUSA A's salary is at RM17,331.46 per month. But is that all they get? Please, haven't you heard that there are many fixed allowances that civil service enjoy?

For JUSA A, which is 4th ranked position in Government and normally held by the Secretary General of Ministries (layman's term: Ministry CEO), they enjoy the following allowances monthly:

Here's the juicy part. On top of all the above fixed salary and non taxable allowances, usually senior civil servants sit in Councils and GLCs as board member. Senior civil servants here include Chief Secretary, Treasurer General and all others that are TURUS 1, II, III as well as JUSA A, B, and C.

Every board member will be paid either:
The above "extra income" depends on the rating, rank and budget of the Lembaga / Majlis / GLC. The smallest fees that I know paid to board member of JUSA C rank are at RM7,000 annually PLUS RM500 as allowance for attending board meetings. That was before 2010. I don't have the latest numbers. 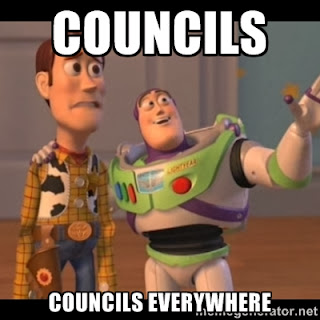 Simply because if you setup Committees like what PEMANDU does, you don't get paid. There was once a Minister who asked a fellow Minister if the Chairman (which is him lah) and the members of the PEMANDU - Ministry X Steering Committee meetings will be paid allowances. The Minister of course got told off by PEMANDU through the microphone "no, this is something that you must do, your job and responsibility!"

Do I need to point out how much one gets if he/she sits in a public listed GLC? I know who and roughly how much. Maybe not, some other time.

I don't have a sexy body but at least let me give you a strip tease in another form. 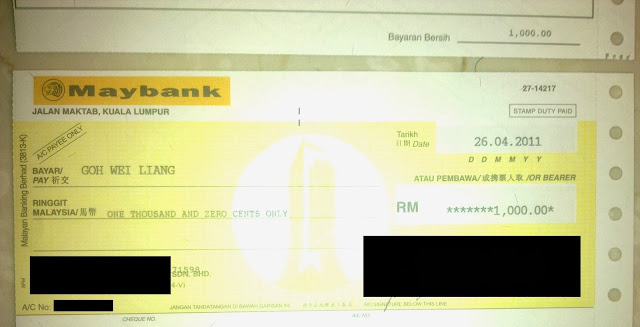 Cheque - RM1,000. I pulled the organizer aside and asked "what's this for?". He said "for presenting the paper on management transformation". I told the organizer to take it back as I don't see the point. Call it national service or whatever. The CEO of the company saw what I did from far and went to the organizer to ask what was happening.

Yes, guys, it is a norm to take the cheque but when someone returns it, it was as though a gorilla is running around in Jalan Ampang - shocker.

Back to the main story. Let's add up all the above JUSA A salary and the allowances. We get the following: 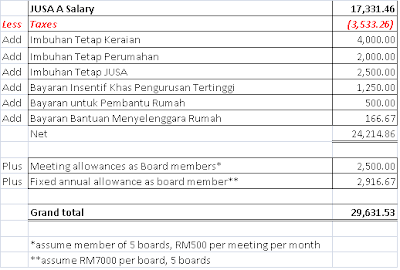 A wise man who lives on top of Mount Kinabalu told me some JUSA A earns RM40,000 a month. So, perhaps the allowances for meetings and board member fees went up.

Of course, not forgetting those who are JUSA A and above, they do enjoy this: 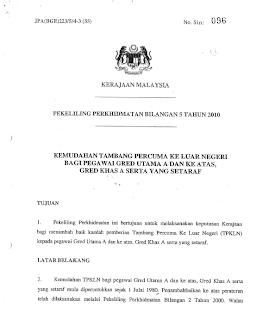 Let's compare this with PEMANDU and let's assume that a PEMANDU Director earns RM40,000 per month. I said assume. Pay attention.

Yes, that's all. You don't need a new pair of spectacles. PEMANDU Directors do not get maid allowances, do not get paid holidays or first class tickets.


Bet you didn't know that, Dr Ong? Next time, use google and not jump around when you get a lollipop. Don't be naughty.

While we are on this, I wonder if REFSA's Chief-At-Large Mr Teh Chi Chang is paid like a JUSA A. He was Director for Utilities and Media, Asia-Pacific Equity Research at Citibank Investment Research. Someone with that CV surely won't leave to join a independent, not-for-profit institute for free right? None of my business I know but if the cherries are juicy and they are truly 'independent', my CV is not that bad too sir. Definitely no fake degrees.

Let us all not forget that Tun Dr Mahathir once said and I quote "Of course, you pay him RM1, you'll get RM1 worth". He said this in response to Anwar Ibrahim's appointment as Selangor Economic Advisor with a salary of RM1.

Chief Secretary needs to double up his efforts to revamp the civil service with:
Point 3 is very important. We surely do not want to see the civil service with the same life story as some politician who was formerly a DPM for 5 years, became jobless for 9-10 years and came back to buy a multi million ringgit bungalow. Amazing isn't it?