1.     Yesterday, Steven Sim wrote a lengthy article about why he wants to refer Najib to the parliamentary privileges committee here.

2.     Today, in Parliament, Steven Sim was kicked out of Parliament by Tan Sri Speaker because of his persistence in pursuing it.

3.     He shamelessly created a fuss and accused Najib of misleading the Parliament in the recent Budget 2017 Speech, not knowing that it is all because of his lack of knowledge, ignorance and effort in doing his own research.

4.     Steven Sim said that the development expenditure for the Communications and Multimedia Ministry for 2017 is expected to be about RM495 million. But Najib announced RM1 billion for upgrading broadband infrastructure.

5.     As a policymaker and the Director of the famed and "reputable" Penang Institute which takes pride in their researches, I expected more from Steven Sim. Now, he is sending a signal to the nation that perhaps Penang Institute is nothing more than a collection of 'talent' worse than what we can find in a neighborhood college.

6.     The Federal Budget is called the Supply Bill. That is why in any of the Prime Minister's speeches, he will always start off with the title "Rang Undang-undang Pembekalan".

"All revenues and moneys howsoever raised or received by the Federation shall, subject to the provisions of this Constitution and of federal law, be paid into and form one fund, to be known as the Federal Consolidated Fund"

10.     In the Malaysian Government, we also have statutory bodies. The agencies (I repeat, agencies) were established with specific roles, usually to cater to industry requirements and for their development.

11.     Examples of statutory bodies in Malaysia include

b)     Federal Government's RISDA, Malaysian Palm Oil Board (MPOB), the Malaysian Multimedia and Communications Commission (MCMC) and many others.

"There is hereby established a Fund to be known as the "Malaysian Communications and Multimedia Commission Fund" to be administered and controlled by the Commission." 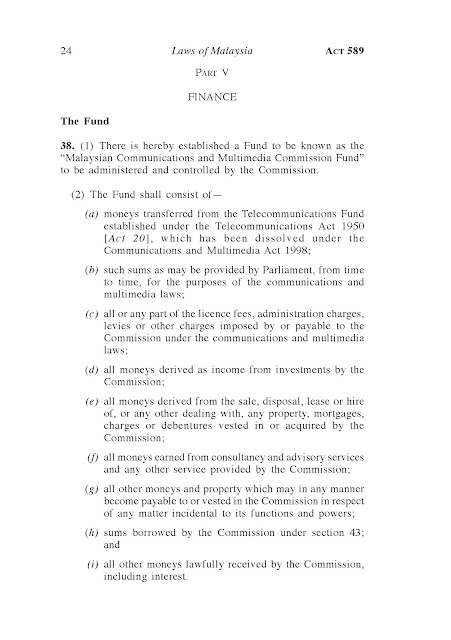 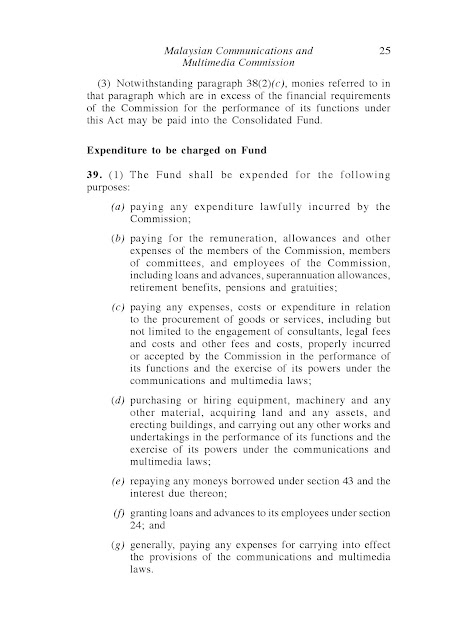 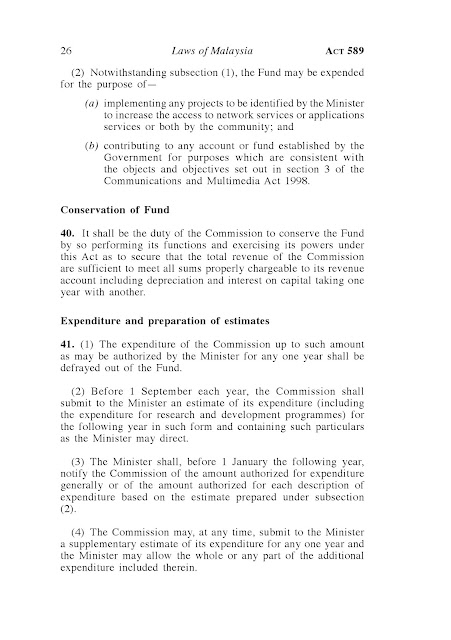 14.     Let us be clear on governance also. The Commission consists of:

a)     a Chairman
b)     three members representing the Government
c)     not less than two but not more than five other members.

15.     In 2002, MCMC then established the Universal Service Provision fund under the Act. Any telecommunications company whose weighted net revenue exceeds RM 2 million will have to contribute 6 percent of their earnings from designated services to the USP fund.

16.     Again, the USP fund is governed under the Communications and Multimedia Act 1988 and it is used for various initiatives like providing broadband infrastructure with speed of up to 20Mbps (as announced in the 11th Malaysia Plan and in the recent Budget).

17.     So why is Steven Sim accusing Najib of misleading the Parliament when clearly you have not done your homework? Najib announced a project on behalf of the fund, on top of expenditures of the Consolidated Fund for Budget 2017 as stipulated under the Constitution. Is that illegal?

18.     Let me point out another agency that I am extremely familiar with - the Malaysian Palm Oil Board (MPOB).

19.     MPOB was established in 1998 by law that was approved in Parliament. Refer to Akta Lembaga Minyak Sawit Malaysia 1998.

20.     It is public knowledge, except to Steven Sim I'm sure, that Malaysian Palm Oil Board collects cess (a form of tax on industry), and uses it for the development of the industry - research on genomics, developing better yielding planting materials, branding and marketing forums, and others. 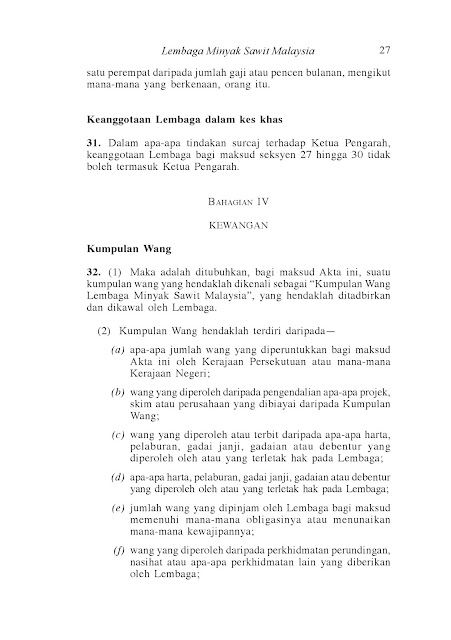 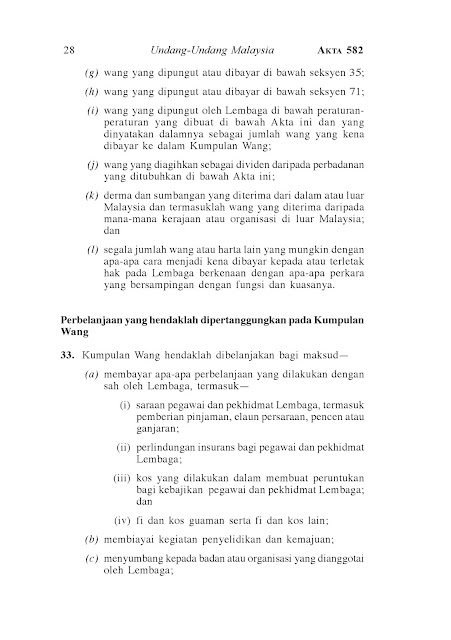 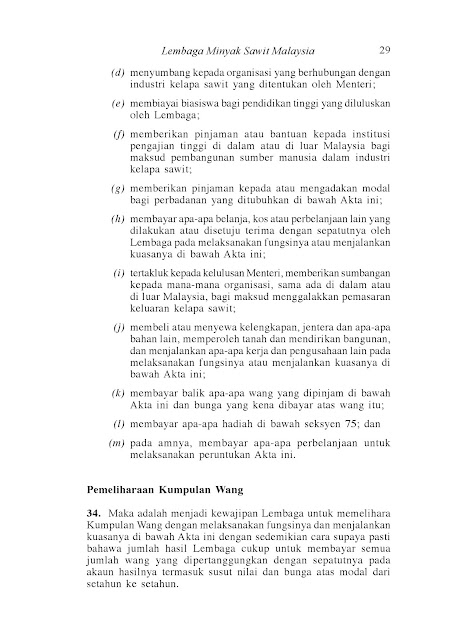 22.     The governance of MPOB is even more respectful. The Board consists of:

23.     It is also a practice in this statutory body where they have annual consultation on their Budget with the industry, with not a single expenditure hidden.

24.     Their annual expenditure is not governed by Steven Sim or Parliament. It is governed by the Act and industry members, similar to all other Statutory Bodies in the country - be it state or Federal.

25.     So, what is Steven Sim trying to prove? His intellectuality or lack of it? Steven Sim clearly did not read enough and have not been paying attention in Parliament.

26.     I am also unsure if he is learning anything from his unjustified stint in Penang Institute, a body under the State Government.

27.     I have a few words of advice for DAP - gag Steven Sim. He is causing DAP to lose the 1 million strong votes from civil service and industry members who know about these facts.