The queue did, bro


A few hours ago, I arrived in Washington International Airport for my transit flight to Orlando, Florida to attend the Global Oils and Fats Forum. No, I will not be going to the Universal Studios. Be my guest, feel free to stand at the entrance to verify. Here's the address - 1000 Universal Studios Plaza  Orlando, FL 32819.

But you can be assured that I will sink my teeth in one of those burger or grill outlets down the street of the Orange County Convention Centre.

Anyway, I was alerted about this article written by a blogger whose articles I follow religiously like my daily supplements - Another Brick in the Wall: PEMANDU: 'Driving' down moral disaster.

Bro, you started off with "This expose will definitely makes one's blood boil". When I read the first line, I was at the arrival hall - Border Patrol / Immigration queue in Washington Airport with easily 300 people in front of me serviced by only 3-4 counters. And I had a flight to catch in 1.5 hours. Bro, to be honest, the article did not make my blood boil, but the "selamat datang ke Amerika" queue did. It was the queue, bro.

Let's discuss the expose part by part. I think there are too many wrong information that have been circulating in public on PEMANDU, the animal.

Part 1: Fellow blogger, Goh Wei Liang tried hard to dispel the perception against PEMANDU [read here]. He felt some 'senior bloggers' have not been fair to pick on Fara Intan's personal life and described it as "perception manipulation and deceptive."

Me: Sorry, in my previous article, I did not defend my colleague Farah Intan and will not do so. Neither do I agree that PEMANDU should respond to any expose or attacks against someone's personal life. The individuals should do it at his/her own time and capacity. Goh Wei Liang loves to drink tea and spends RM200 a month on that. PEMANDU can't be responding on why GWL is a tea addict, how he spends his money on tea making accessories. PEMANDU should not. But if GWL signed any official documents or made any decisions in his official capacity that are said to be unprofessional and/or illegal, PEMANDU should either respond or send this chap to the 40 sq feet unit in Sungai Buloh (penjara ya, bukan hotel).

Part 2: Dr Ong Kian Meng exposed McKinsey & Co.'s RM20 million consultancy fee to do the Educational Masterplan which Tun Mahathir sarcastically brushed off as anyone can write masterplan. McKinsey is an accomplice of PEMANDU in fleecing government money for flimsy papers of little implementable value. Diverting the budget under MOE, the sum of RM20 million easily dispel Goh's proof.


Me:  No, that's not true. PEMANDU did not divert the budget to MOE to pay RM20 mil to McKinsey. You must check with the Ministry of Education. Someone is making PEMANDU the scapegoat here. Earlier, when Rockybru wrote "Inevitably, comparisons are made between Pemandu and the good old Economic Plannig Unit in the PM's Department, which has served the country well for decades without having to rely on million-bucks foreign consultants" here, I actually laughed out loud at home but didn't want to comment further because I know McKinsey and others had jobs in EPU and Treasury too. As recent as 2013. But I won't name them. It is 430am now over here in US and I might be typing the "wrong" things. I will just repeat what I said in my earlier blog post - "Surely, the consulting firms will not setup Public Consulting Units if they are not confident that there will be steady revenue streams. Believe me, ada. It is the easy way out, tak perlu susah payah buat Lab dengan PEMANDU, tak perlu KPI."

Part 3: This is about the 1Azam fund that got into public attention arising from the detention for 5 days of questioning of former Political Secretary to the Minister for Women, Family and Community Development (MWFCD), Dato Suhaimi Ibrahim. It was only few nights back and it was late that we met were brought to an insider from the Ministry. He was able to give a big picture of what happened. He pointed it to the Ministry's MKRA officer by the name of Hazmi Samsudin as the schemer... Frankly, the NKRA officer is such a young ciku. There was no sophistication and his modus operandi was quite predictable. Kerja banyak auta. Mencuri pun tidak pandai.

Me: First of all, both Dato' Suhaimi Ibrahim and Hazmi Samsudin are not PEMANDU staff. You need to ask their bosses - Datuk Seri Shahrizat Abd Jalil and the MWFCD Secretary General. While PEMANDU’s role was tasked to advise on the development of the focus areas for the LIH NKRA and monitor the progress of the 1AZAM programme (to ensure the targets are achieved), the initiative is wholly undertaken and implemented by MWFCD. The budget allocations for the 1AZAM programme come directly under the purview of the Ministry and falls within the Ministry’s internal controls as does the selection of vendors and suppliers. PEMANDU is not and has never been involved in the allocation of funds or the selection of vendors for the programme. Who was the Minister and the Secretary General (financial controller of the Ministry) when that happened? Who signed the approval letters? I know this guitarist below did not: 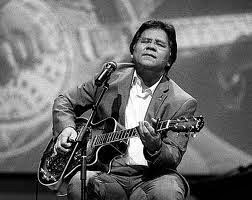 (Pic from The Star)


Part 4: PEMANDU has stationed officers in Government Ministries, Departments and Corporation. Supposedly these young, genius and highly paid professionals will guide government officers and staff to improve delivery and performance.

Me: PEMANDU did not station officers in Government Ministries or Departments. What's the point of having the 100 staff in PEMANDU in PM's Department 1st and 3rd floor then? To monitor their PEMANDU colleagues that have been "stationed" in the Ministries or Departments? If PEMANDU or any Secretary General ever did suggest that, that's gonna make KSN and KPPA's blood pressure to go up to a reading of 180/100 and we will be sent to the nearest tiger conservation area. The matter of fact is PEMANDU worked out a sustainable system with the Public Service Department (JPA) and all the Ministries' Secretary Generals. This is what we call the Delivery Management Offices (DMO) in Ministries. Take for example, NKEA Wholesale and Retail. The NKEA Wholesale and Retail projects are coordinated and monitored by a Delivery Management Office. They are staffed by civil servants, some at M44 / M48 levels. And then we have another example - the NKRA Crime. They too have their own DMO. Just because someone carries the title Pegawai NKRA, it doesn't mean he is a PEMANDU plant. Chairman DMO NKRA Crime Datuk Wira Ayub Yaacob is a PEMANDU man? Certainly not too. I don't even know if he's handsome or not.


It is now 5.05am and from the window of my hotel room, I don't see any Mamak shops down the road. I am hungry. To my blogosphere seniors and brothers, let's have roti canai soon.You have my contact details. Looking forward to fit 5 roti canai in my belly.

I hear you Mr Goh and I take your word for it. Pemandu is not to be blamed and I trust your word that Pemandu is performing and giving value for the budget allocated for it.

My big question is --- the job that is being done by Pemandu's 100 odd people now - setting national goals and ensuring Governance is/was the job of some 100 odd other civil servants in PMs Department and related ministries. So what are these people doing when Pemandu is now doing their job.

What boils me is looking at the wastages and abuses in the AG Report and knowing that not a single blink of an eye happenend anywhere. Not a single person has been made accountable for the wrongdoings mentioned the AG Report.

Pemandu or no-pemandu I have to accept this sad truth that nothing has and will change. There is no want nor political will to address the abuses.