I was a PSD Scholar from 2004-2008. In my 4.5 years as a PSD Scholar, I was opinionated and at times vocal against my sponsor, the Government of Malaysia.

At a free speech corner in UiTM (pre-U), I had strong opinions on the Printing Presses and Publications Act 1984, touching on the powers of the Minister and press freedom.

When I moved on to the Australian National University, that was the time when the war between Pak Lah and Dr M peaked. I too was critical of the Government. I participated in discussions and forums with visiting VIPs and officers from the Government of Malaysia, and gave my opinion.

My criticisms against the Government and leaders were even published on my blog.

Never once was I given any letter of warning, reprimanded or financially punished by my sponsor - the Government of Malaysia.

In fact, upon graduation, I was called up to serve as an Administrative and Diplomatic Officer (PTD), and after a few months I moved on to serve in the Prime Minister's Department under PEMANDU.

The Government has never stopped students from debates or expressing their opinion, or political beliefs, even during the days when AUKU (Universities and University Colleges Act) was enforced.

But as students, one must never forget that the focus is on obtaining a degree and not let emotions or obsession with politics divert that attention.

The Government spends hundreds of thousands on a student, and if time is spent on politics and emotional criticisms against your sponsor, wouldn't that be a far bigger betrayal of trust and public monies?

The Government has also never stopped the civil service from criticising proposals or providing alternative views.

But it has to be done in a professional manner, just like any organization or Government globally, including the private sector.

On many occasions, I expressed my strong opinions and criticisms in discussions with Ministers and heads of Ministries and Departments, some were heated ones.

And we continued for years like this because our intentions and objectives were aligned and clear - we want the best.

Never once was I told to tender my resignation, or was I ever suspended.

Always be constructive, not destructive.

Malaysia is not the only education sponsor with rules governing students when it comes to politics or dissent.

I have here with me some images of scholarship conditions from other institutions. 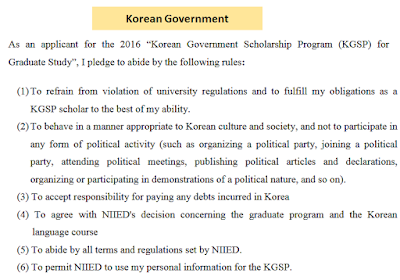 Some may argue that these are open to foreign students, but the essence remains the same.

No foundation, educational institution, or organization in this world will tolerate or encourage scholarship recipients to criticise their sponsors, or spend much time on political activities.

But they are open to debates and opinions on matters related to them, similar to the Government of Malaysia.

So today, I know this will draw criticisms from friends and readers, but I choose to stand alongside the PSD Director General, and I support him and the Public Service Department.
Posted by Goh Wei Liang at 10:28 AM No comments: 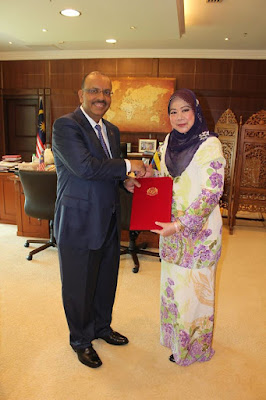 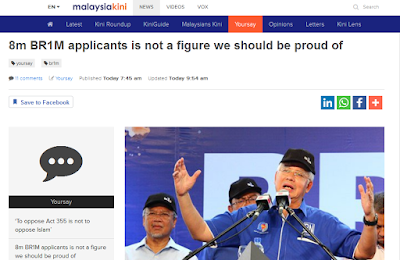 Posted by Goh Wei Liang at 5:42 PM No comments: